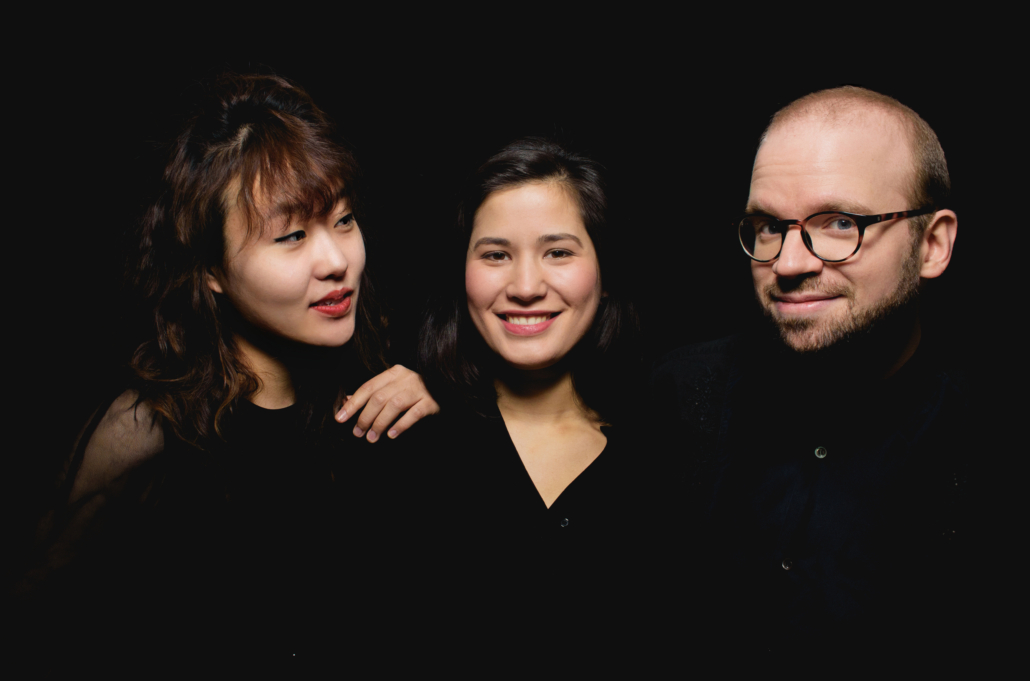 At the Grand Prix Emanuel Feuermann Suoyen Kang and Vici Powell will play with a competitor.

The Trio Boccherini was formed in 2014 as a result of various evening sight-reading sessions that are frequent in the Berlin music scene. Today they are recognised as one of the most dynamic groups in this combination.

The Trio is dedicated to rediscovering and performing the veritable treasure trove of over five hundred works written for string trio which, though boasting some of the greatest masterpieces, contains many works that are unfortunately neglected and unknown to the public. In doing so, they endeavour to continually develop honest, original, and unified interpretations across all musical genres.

Hailing from three different continents, each member contributes various aspects of their
diverse musical upbringings. This colourful array of musical vocabulary and expression, in combination with their shared European training, culminates in their unique and passionate interpretations:

‘And right from the first sounds of the G-major trio, the musicians’ unconditional will catches your ears, both to show their own individuality and at the same time their ability to listen to one another… The trio obviously has the necessary curiosity to question the relevance of the classical repertoire, to go against the grain, so to speak. This becomes ear-catching, for example in the rather daring tempos of the fast movements and in the desire to savor Beethoven’s formal and harmonic escapades. And in the slow movements, the great care in their phrasing and sound.’ (Das Orchester, 2020. about the Trio’s Debut Album: Beethoven String Trios op.9)

As individuals they are highly in demand as as soloists, orchestral leaders, and pedagogues.