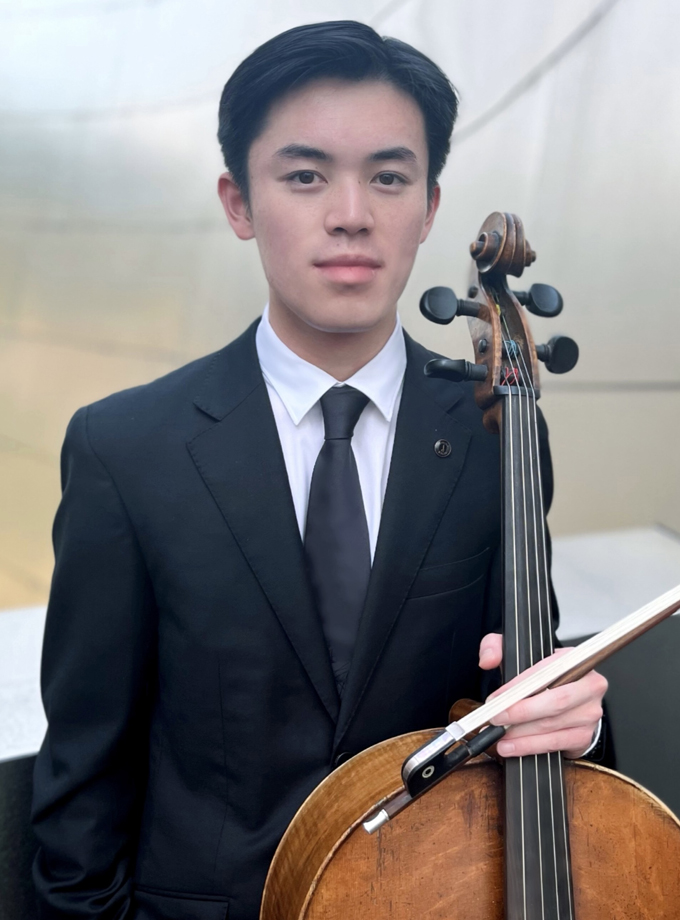 Benett Tsai was born in Australia in 2003. He studies with Clive Greensmith, currently at the Colburn Conservatory of Music and previously at the Colburn Music Academy. He has also been taught by Thomas Tsai, Susan Blake and Li-Wie Qin, and attended masterclasses with Ralph Kirshbaum, Steven Isserlis and Nicolas Altstaedt.

He has performed with the Canberra Symphony Orchestra, Sydney Youth Orchestra and Australian Chamber Orchestra Academy, and at Shanghai Oriental Art Centre and City Recital Hall in Sydney. In 2020, he appeared alongside Jean-Yves Thibaudet in the film The Way Forward.