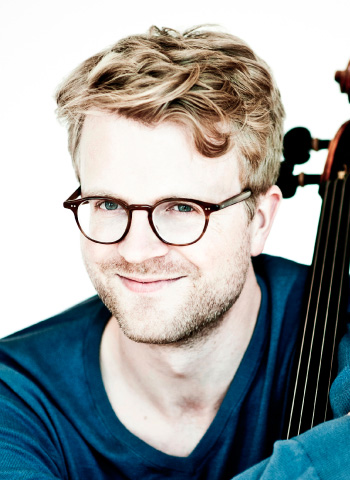 Julian Steckel is widely praised as one of the leading cellists of our time. In 2010, Julian Steckel played his way to first prize in the ARD International Music Competition, also winning the Audience Award, the Oehms Classic Award as well as the prize of the Münchner Kammerorchester. His list of prizes is long: prior to receiving the above accolades, he won prizes at the Grand Prix Rostropovich in Paris, the Grand Prix Feuermann in Berlin and Pablo Casals Competition in Kronberg. In 2012, Julian Steckel was awarded the much coveted ECHO Klassik for his recording of the cello concertos of Korngold and Goldschmidt as well as Bloch’s Schelomo (with AVI music) alongside the Rheinische Philharmonie Koblenz under Daniel Raiskin.

In addition to his work as a soloist, Julian Steckel dedicates a substantial part of his time to chamber music. In numerous concerts he can be heard alongside leading fellow musicians such as Janine Jansen, Christian Tetzlaff, Antje Weithaas, Veronika Eberle, Menahem Pressler, Vilde Frang, Lars Vogt and Alexander Lonquich. A number of the foremost chamber music ensembles also value collaborating with the talented cellist including, among others, the Quatuor Ebène and the Armida and Modigliani Quartets, with whom Julian Steckel performed at major festivals such as the Lucerne Festival, the Schleswig-Holstein and Mecklenburg-Vorpommern festivals, Beethovenfest Bonn, and the festivals of Ludwigsburg, Moritzburg, Schwetzingen, Spannungen Heimbach, Zermatt, and Mondsee.

Julian Steckel studied with Ulrich Voss, Gustav Rivinius, Boris Pergamenschikow, Heinrich Schiff and Antje Weithaas. He is a professor of cello at Munich University of Music and Performing Arts. He plays cellos by Andrea Guarneri (Cremona, 1685) and Urs W. Mächler (Speyer, 2005), and enjoys living in Berlin.